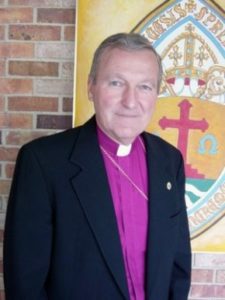 [Episcopal News Service] The Rt. Rev. Peter Beckwith, who served as bishop of the Diocese of Springfield in Illinois from 1992 to 2010, died on Oct. 4 at the age of 80, according to the diocese. In addition to his ministry as bishop, Beckwith served as a chaplain for the U.S. Naval Reserve, Hillsdale College, the Illinois State Police, and a Michigan prison. In 2014, he left The Episcopal Church to join the Anglican Church in North America, becoming an assisting bishop in their Diocese of the Great Lakes.

Read the Diocese of Springfield’s obituary for Beckwith here.